Lord of the Afternoon 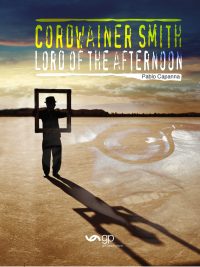 “Cordwainer Smith” is the pen name that Paul Linebarger used to write some of the most remarkable pages of science fiction of all time. The creator of these curious stories, which took place in a remote future but overflowed with allusions to the present day, was a complex, contradictory and decidedly undefinable character. During World War II, he helped organize one of the United States’ first intelligence services. Within this framework, he wrote a manual on psychological warfare because he believed persuading the enemy was more virtuous than destroying it. He toyed with characters like Rambo and James Bond long before others ever did, but never fully adopted them. Before assuming the identity of “Cordwainer Smith,” he suffered a deep crisis that gave him a glimpse into madness, but he emerged unscathed just as he was beginning to drag his therapist into it as well. He remained connected to the world of espionage by questioning and raising suspicions of stories of where it might be possible to find the Kennedy brothers and Martin Luther King, and likewise with regard to the civil rights movement, and even Marilyn Monroe. In these cases, the author’s personality is equally as, if not more, fascinating than his work, which allows this book to not be bogged down in literary analysis and compels immersion into the complexities of human conscience.