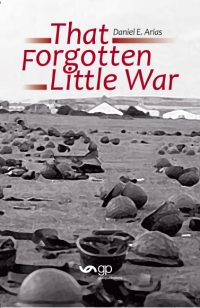 It is 2012, and thirty years have passed since the Falklands War ended. Fourteen people who suffered through the war carry on with their inadvertently intertwined lives, in different parts of the world. Women and men, spies and nurses, soldiers and psychiatrists: some who are level-headed and some who are crazy. There are British, Argentines and even a Uruguayan. Their stories, from before, after and during the conflict, are told in ten apparently independent narratives that draw together to make up a heartrending novel with the structure of a puzzle and the vertigo of a thriller. That Forgotten Little War cannot be classified as a book about war, love, espionage or manners. It contains all these elements, however, as well as a cinematographic beauty and a touch of the perplexing metaphysics that universal literature owes to Borges.